The 9FilmFest history originates with the founding of the original Bangkok Film Festival in 1999.  Bangkok Film Festival was the first international film festival held in Thailand.  Opening at the Brand New Multiplex Theatres at the Emporium on Sukhumvit road.  The success and excitement generated the film industry in Thailand.  As filmmaking technology advanced, becoming more accessible to everyone, including all of us who carry cell phones which can shoot HD!  Thus, 9FilmFest was started to inspire and support emerging filmmakers of today and tomorrow.  The 8th annual 9FilmFest will be held September 2-3, 2020.

Brian Bennett is known as the Grandfather of film festivals in Thailand.  Brian Bennett was an IBM Systems Engineer before moving to Bangkok.  There he produced documentary and feature films.  These films were shown on TV and at international film festivals.  This sparked the idea of starting an international film festival in Thailand.  In 1999, Brian founded and organized the original Bangkok FilmFestival.  Then in 2011, Brian founded and organized the short film festival – 9FilmFest.   Brian has served on juries at Cinemanila, Eurasia, Black Nights, Dhaka, Jogja, Busan Int’l Short Film, Jeonju and Kolkata Int’l Film Festivals. 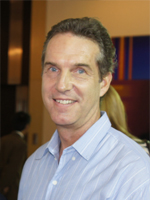